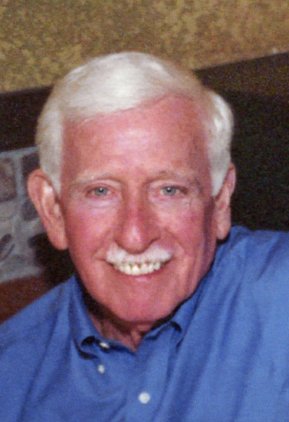 Dennis is a 1965 alumni of Girard College.  Shortly after graduation, he enlisted in the US Marine Corps and proudly served during the Vietnam Conflict.  After his service, Dennis continued his education in accounting and finance at LaSalle College and Univ. of Penn.  He spent much of his career (1971-2007) at John Maneely Co’s Wheatland Tube, as Treasurer, Vice President and Chief Financial Officer.  After retirement, Dennis was very active in Community Affairs.  He served on the Haddonfield Board of Ed. 2008-2015 and re-established the Haddonfield Education Trust where he served as President and Treasurer. Dennis also served on the Haddonfield Public Library Board and was Treasurer of the Camden Schools Foundation.  Most proudly, Dennis served on the Girard College Board of Managers 2006-2013 and on the Girard College Foundation.  In 2021 Dennis was the recipient of the Alumni Association’s prestigious Stephen Girard Award, for his dedication and service to the school and alumni.

Eric was a saint among men with a love of science and a wealth of knowledge. He was an avid reader, gardener, and Star Wars fan, yet above all a devoted family man.  Eric will be missed by all who knew him.

Eric’s family will greet friends on Saturday, Sep. 18th, 10:30-11:45 AM at Kain-Murphy Funeral Services, 15 West End Ave., Haddonfield, NJ; where his Memorial Service will begin at noon.  In lieu of flowers, memorial donations may be made to the “Xander & Leland Ayres Education Fund”, C/O  Lauren Ayres, PO Box 399, Newfield, NJ 08344 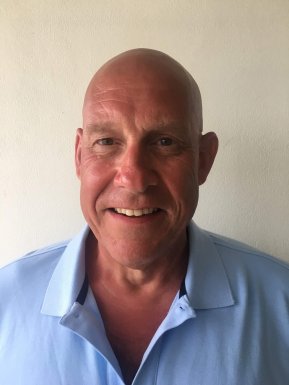 Dave was affectionately known by his friends and loved ones as “Big Dave” due to his larger-than-life stature and ebullient personality. He attended Swarthmore College and was a member of the Players Club in Swarthmore, appearing in productions such as One Flew Over the Cuckoo’s Nest. He started his career in Legal Publishing Sales at Real Estate Data Inc., and eventually joined publishers Matthew Bender and West Group. Later, Dave changed careers to Business Security Sales and worked for ADT and Stanley Black and Decker. An avid Philly sports fan, Dave loved all sports and played high school and collegiate football and basketball, and ran track. In his adult years, he served as a referee for South Jersey youth football and basketball programs. He took great pride in watching his family play sports, as well. He was a dynamic public speaker, serving as a boxing ring announcer at the Blue Horizon in Philadelphia. He volunteered as an official summer swim meet announcer for Tavistock Hills Swim Club, where he also served as a board president. Dave was a long-time member of Christ the King Church, where he attended the RCIA program and later served as a lector.  He will be deeply missed by all who knew him. 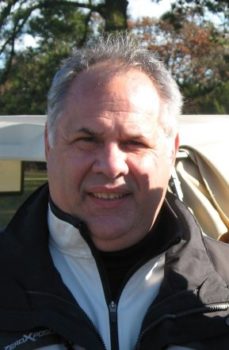 Frank graduated from Haddonfield Memorial HS (Class ’76).  He was a proud member of Tavistock Country Club, the Bocce Club and a Social Cigar Club.  He coached his children’s teams, enjoyed completing home handyman projects and yard work.  He appreciated fine Italian wines.  But most of all he was a devoted family man who loved his wife, children, parents, siblings and absolutely adored being “Pop” to his grandchildren.

Frank’s family will receive friends on Wed., Sept. 15th, 9-10:45 AM, at Christ the King RC Church, 200 Windsor Ave., Haddonfield, NJ; where his Funeral Mass will follow at 11 AM.  Interment, Calvary Cem., Cherry Hill, NJ.  In lieu of flowers, memorial donations may be made in honor of Frank to the Haddonfield Memorial HS Athletics, c/o Mr. Banos, 401 Kings Highway East, Haddonfield, NJ 08033. 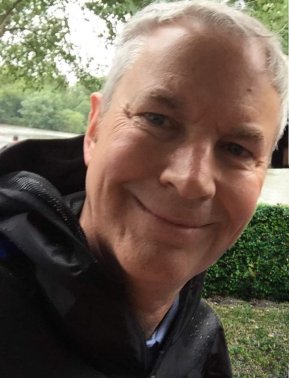 Bill studied at Bishop Eustace Preparatory School and went on to earn his B.S. in Business Administration from Drexel University, Lebow School of Business as well as his B.A. in History from Rowan University.  He worked in the family business, William J. Dunlevy and Son, Inc. for over 40 years where he moved up through the ranks and served as President for the past 30 years.  Bill enjoyed reading and was a huge history buff.  He was a dedicated Philadelphia sports enthusiast and was an especially loyal fan of the Phillies.

Viewings for Bill will be held on Sept. 16th, Thursday Evening from 6 – 8 PM and again on Sept. 17th, Friday Morning from 9-10:45 AM, both at Kain-Murphy Funeral Services, 15 West End Ave., Haddonfield, NJ; where his Funeral Service will follow on Friday at 11 AM.  Interment at Forest Hill Cemetery, Huntingdon Valley, PA.  In lieu of flowers, donations in honor of William and his battle against Glioblastoma may be made to Memorial Sloan Kettering Cancer Center (for Glioblastoma Research) www.giving.mskcc.org/honor  or Voorhees Animal Orphanage www.vaonj.org/support/donate/ because Bill loved animals. 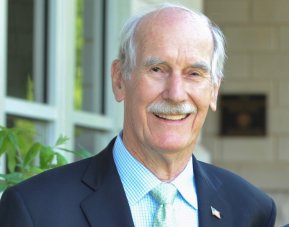 Passed away at home in Haddonfield, New Jersey on August 28, 2021. He is survived by his beloved wife of 54 years, Joyce (nee Higgins) of Haddonfield; his cherished children, Jill Howard (David Daigle) of Summit, Anne Howard Sears (John) of Medford, and Lynn Howard Hoag (Jeffrey) of Haddonfield; and his nine treasured grandchildren, Stephen, Andrew and Charles Daigle; Emma, Nathaniel and Johnny Sears; and Samuel, Peter and Claire Hoag.  He is also survived by a large, loving extended family of in-laws, nieces, nephews, and cousins. Many dear ones have gone on before him.

Ron was born in Boston, Massachusetts on July 4, 1936 to Irene and Robert Howard. He was the younger brother of Robert Jacob Howard (deceased) and Marilyn Callahan. Ron spent his youth in Canton, Massachusetts and graduated from Canton High School in 1954 after four memorable years of warm friendships and notable athletic achievements. As captain of the football team, his classmates dubbed him “a powerful leader on the gridiron.” His grandchildren rolled their eyes each time they heard him retell the story of playing a game with a broken leg, imploring them, whenever they complained, to “run it off”.

Ron graduated from Norwich University in 1958 with a Bachelors of Science in Business Administration. He was a valued leader on his football team and in his fraternity, Sigma Phi Epsilon, and a vibrant member of the school community.

Ron entered the United States Army in 1958 and served in the Transportation Corps.  He completed two tours in Vietnam, one in Thailand, two in Germany, and stations that brought him and his family coast to coast in the United States.  He was awarded many honors including the Legion of Merit.  He retired from the Army as a Lieutenant Colonel in 1980.  He continued working as a logistician for several technology companies before retiring from Iriscan in 2001.

Ron lived his life with integrity, courage, humility, and joy.  He was devoted to his wife, his family, Cape Cod, the Christian Science Church, the Patriots, and the Red Sox. Ron’s sarcastic sense of humor and adept delivery of one-line zingers kept people guessing and laughing. He took great pleasure in cheering on his grandchildren in their sporting events (often “coaching” from the sidelines), watching them shine in their musical endeavors, and enjoying day-to-day moments together.  Ron loved his country and had an unwavering faith in its ability to become kinder, more just, and unified.

Ron was a good man.  He will be missed.

Ronald Dewar Howard will be buried with military honors in Eastham, Massachusetts. Memorial contributions may be made to: Norwich University, the Vietnam Veterans Association, or the Christian Science Church of Haddonfield.

Cornell graduated from Westtown H.S. and Univ. Penn. Wharton School.  He was the longtime business manager of Friends School in Moorestown.  Cornell was an active member of Haddonfield United Methodist Church for over 50 years, as well as Ocean City Tabernacle in Ocean City, NJ.   He proudly served in the US Army during WW II.

A Graveside Service for Cornell will be held on Tuesday, September 14, 2021 at 11 AM at Haddonfield Methodist Cemetery, 452 Kings Hwy., E., Haddonfield, NJ.  Those wishing to view the service via Live Stream may email the funeral home for the access code at KainMurphy@comcast.net.

In lieu of flowers, donations in memory of Cornell may be made to Haddonfield United Methodist Church, 29 Warwick Rd., Haddonfield, NJ 08033. 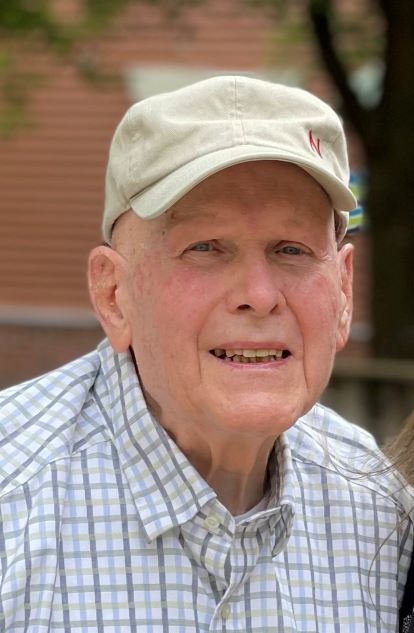 Born in Kansas City, MO, Al was the adored only child of Otto Laurer and Emma Laurer (née Volz), who both emigrated from Sindelfingen, Germany in 1923. He moved to New Jersey as a young boy and graduated from Merchantville High School. He proudly served for four years in the U.S. Navy during the Korean War Era. Al spent most of his career with the General Electric Company, working in its Aerospace Division. He enjoyed fishing, football, and yardwork, but was happiest while spending time with his family.

Services for Al will be held privately. Memorial donations may be made to the Fisher House Foundation  (https://fisherhouse.org/).

Age 90 of Medford, formerly of Moorestown 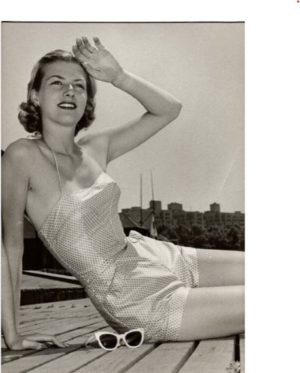 Janice attended Moorestown High School and received her Bachelor’s degree from Colby Sawyer College in New Hampshire. During college, a photographer from Life Magazine chose her to photograph for a story about college women. The experience launched her career as a Fashion Model which she pursued in Philadelphia represented by The Model’s Guild. Janice quickly rose to be a top model doing runway, advertising campaigns and fashion editorials. When she married her husband A. William Trucksess who owned Philadelphia Sign Company, the Philadelphia Inquirer featured a four-page photo story entitled “When a Model Marries”.

After having three girls, Janice chose to give up her modeling career and put her expansive energy into raising her daughters as a stay-at-home Mom. She made brownies for Girl Scouts, costumes for Halloween and attended every PTA meeting with joy. Janice and her husband Bill enjoyed playing golf at one of the three clubs they belonged to Tavistock Country Club, The Moorestown Field Club and Laurel Creek, sailing at the Corinthian Yacht Club of Cape May, playing bridge and going to their beach house in Cape May, New Jersey as well as taking their three daughters on traveling adventures around the world. However, the most joy Janice had was with helping out and being with her expansive network of friends whether she was knitting hats for babies at Cooper Hospital or playing bridge with her friends at the Cape May Beach Club or later at Medford Leas Retirement Community. She was gracious, kind, giving and an excellent listener who impressed upon her daughters to be good and kind people because she believed beauty was only skin deep.

Services for Janice will be held privately.  In lieu of flowers, memorial contributions in honor of Janice may be made to Trenton Children’s Chorus, Inc. P.O. Box 7220, Ewing, NJ 08628 or at www.trentonchildrenschorus.org 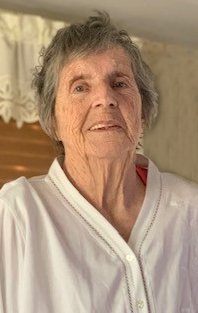 Janice graduated from Haddonfield Memorial HS.  She was a Bank Teller for over 25 years, retiring from Wachovia Bank in Haddonfield.  She was a member of the First Baptist Church of Haddonfield and Haddon Fire Co. No.1 Ladies Auxiliary.