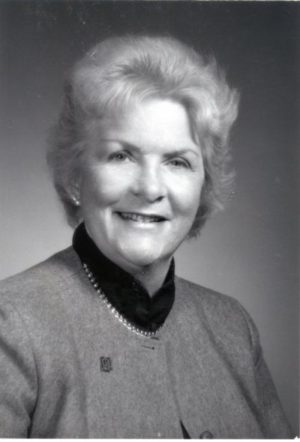 Services for Betty will be held privately.  In lieu of flowers, memorial donations in her honor may be made to Samaritan Hospice Gift Processing Center, PO Box 71425, Philadelphia, PA 19176-1425 or via www.SamaritanNJ.org/Donate 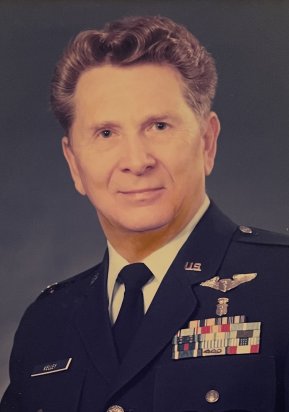 Stanley attended Riverside High School, where he excelled in football and art. Following high school, he enlisted in the National Guard, where he served a tour in the Korean War. He attended Rutgers University, followed by the Philadelphia College of Osteopathy where he earned his doctorate in osteopathic medicine. He rejoined the armed services several times, finally retiring as a highly awarded and decorated colonel in the Air Force. He was the medical commander of the 177th fighter division in Northfield, NJ, after serving at McGuire Air Force base in Wrightstown, NJ. He enjoyed scuba diving in his youth, and built an airplane in his garage during his retirement. His life was marked by adventure and accomplishments. 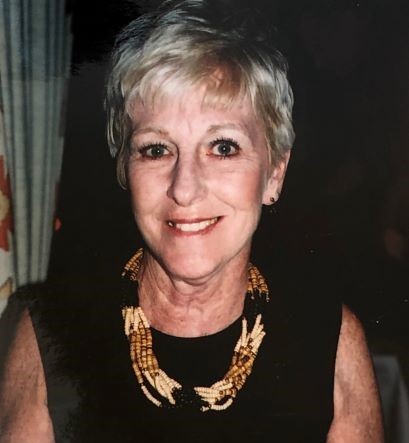 Joan was originally from Camden, NJ and then later settled in Haddonfield to raise her family.  She lived in the same home on Centre Street for 53 years.  Joan was very active in the school and community as co-chair of the PTA, Room Mother and Red Cross swimming instructor.  She was part of the Haddonfield – Needham Massachusetts Exchange during the Bi-Centennial, and was a host of Japanese guests in her home, for over 35 years.   Joan was a friend to many and impacted their lives for over 30 years where she mentored and helped others by providing guidance and inspiration.  Family was the center of Joan’s life; she will be deeply missed by all who knew her.  Additionally, Joan worked at Strawbridge & Clothier in Philadelphia for almost 25 years. 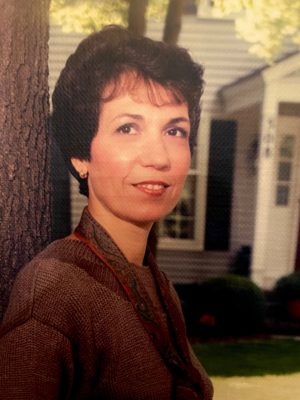 For Barbara “home is where your heart is” was not just a saying but her passion. Barbara was an avid gardener who enjoyed creating vibrant and meticulously maintained landscapes and interior designs, that transformed her houses into showpiece homes.  She was devoted to her husband and they enjoyed traveling together, especially in retirement.  She was a loving mother to her sons, and her grandchildren were the light of her life.

Age 92 of Stratford, formerly of Haddonfield 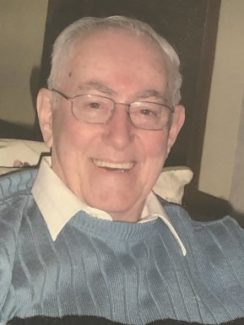 Dick was born & raised in Haddonfield, NJ.  For 38 years, he was a US Postal Mail Carrier covering Tavistock and Haddonfield.  Dick raised his family in Stratford, where he coached in the Father & Son town league (11-12 years) for over 25 years.  He also coached girls’ softball.  Dick was also a longtime member of the Haddonfield United Methodist Church.

Dick’s family will receive friends on Friday, Dec. 3rd, 10-10:45 AM, at Kain-Murphy Funeral Services, 15 West End Ave., Haddonfield, NJ; where his Funeral Service will follow at 11 AM.  Interment, Berlin Cem.  In lieu of flowers, memorial donations in honor of Dick may be made to the Charity of One’s Choice. 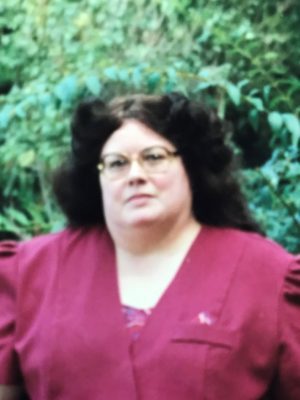 Claudia A. Ramirez, 74, of Lumberton, NJ died on November 13, 2021. Daughter of late Stanley and Alma Farnham. 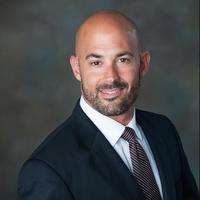 Services will be Live Streamed, please log on to www.haddonfieldumc.org.  A link will be available when the Service begins.

Adam Matthew Sangillo passed away on Monday, November 15. Sangillo, 46, was a loving husband and dedicated father to four children. He was also a leader in Haddonfield, New Jersey, active in numerous community organizations. He spent five years as a member of the Haddonfield Board of Education, including a stint as BOE president. He also spent time as treasurer of the Haddonfield Civic Association and director of membership at the Rotary Club of Haddonfield. Sangillo was gregarious and energetic, constantly exuding passion about building strong schools and neighborhoods. As his wife Jennifer recalled, Sangillo once expressed a desire to know every family in Haddonfield. He became a beloved member of the community, which was evident during his recent battle with cancer. Neighbors and friends showed their support last winter by giving him a community salute with a loud ovation of car honks.

As School Superintendent Chuck Klaus recently remarked, “Adam was a man of character and integrity. In his leadership role, he had to make difficult decisions, but in each case he made those decisions through the lens of the greater good for all students.”

Sangillo’s greatest passion was his family and children: Caroline, 18; Holly, 15; Hadley, 13; and Bennett, 11. Even with failing health, he remained a committed father—attending games and helping with extracurricular activities. He coached his girls’ soccer teams and Bennett’s baseball teams, supporting them as players and teammates.

He grew up in Media, Pa., and attended Penncrest High School. He earned his bachelor’s degree in economics/finance from Bucknell University, where he was part of Delta Upsilon fraternity and the diving team. He enjoyed success in business and became first vice president of wealth management at Janney Montgomery Scott.

Sangillo loved Christmas, and was known to dress up as Santa Claus while performing charitable deeds around Haddonfield. He also loved being near water, becoming an avid boater and fisherman. He spent summers in Ocean City, New Jersey with his extended family and in-laws. While rowing on an Ocean City lagoon, he met Jennifer Deppe Sangillo, his loving and devoted wife of 20 years.

He is survived by Jennifer; his children Caroline, Holly, Hadley, and Bennett; his father, Thomas Sangillo, and mother, Patricia Sand Sangillo; and brother Gregg and his family.

Adam’s family will greet friends on Friday, Dec. 10th, 8-10:30 AM at Haddonfield United Methodist Church, 29 Warwick Rd., Haddonfield, NJ 08033; where his Memorial Service will follow at 11 AM.  In lieu of flowers, donations in memory of Adam may be made to the Sangillo Children’s College Fund at GoFund Me www.gofundme.com/f/college-fund-for-adam-sangillos-kids or to Life Raft for GIST  https://liferaftgroup.org/donate-2/ 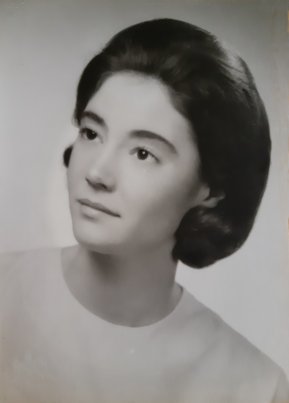 Marcia was a devoted mother and grandmother who often traveled to visit her family in NY and Austria. She was a longtime Haddonfield resident and was very active in the community. Marcia was a member of the Haddonfield Historical Society, League of Women Voters, Haddonfield Fortnightly, Haddonfield Symphony, Garden Club, Haddonfield Memorial High School Class of 63 and the Unitarian Universalist Church of Cherry Hill. She had a love for the arts and fashion. She was a passionate photographer winning many prizes for her flower compositions. She took on the role of photographer for many of her organizations. Her love of food and cooking was shared with many. She taught German as an adult school instructor and offered private tutoring. Marcia also worked for Haddonfield Aftercare for many years and shared her passion for gardening with so many Haddonfield children. Through the years, Marcia cultivated many friendships in her neighborhood and through her community work. She will be deeply missed by those who knew her.

A Reminiscence Service, where all are invited to participate, will be held for Marcia on Sunday, December 5th at 1:00 PM at Kain-Murphy Funeral Services, 15 West End Ave., Haddonfield, NJ. To attend virtually please email KainMurphy@comcast.net for the Zoom link and access code. The family will greet friends after the service in the parlor. In lieu of flowers donations in memory of Marcia may be made to the Haddonfield Historical Society https://haddonfieldhistory.org/support/donations 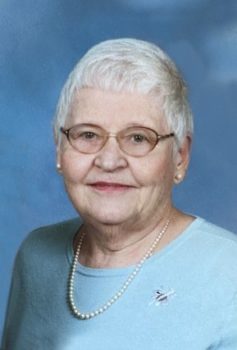 Jane was a longtime member of the First Presbyterian Church of Haddonfield and former member and Past Worthy Matron of the Order of the Eastern Star.  She belonged to Wedgewood Swim Club, enjoyed sewing, crocheting, playing Bridge and was a voracious reader.  She and her husband, Ed were very social and enjoyed the company of good friends and excellent neighbors.

Jane’s family will receive friends on Saturday, Nov. 20th, 11-11:45 am, at the First Presbyterian Church, 20 E. Kings Hwy., Haddonfield, NJ; where her Memorial Service will follow at 12 Noon.  Interment will be private in the Church’s Memorial Garden.  In lieu of flowers, memorial contributions in honor of Jane may be made to Interfaith Caregivers, P.O. Box 186, Haddonfield, NJ 08033,  www.ifchaddons.org/donate 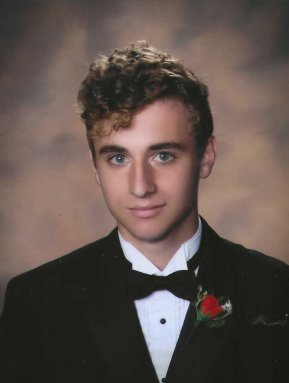 Noah was a force of love.  He was a beautiful, kind, compassionate, generous, thoughtful, and loving goofball.  He loved his family, which he demonstrated with hugs and kisses on a daily basis, even as a young man; animals, particularly his dog, Finley; the outdoors; good food; a sharp new haircut and dapper appearance.  He had a taste for adventure and independence, but he was a homebody at heart.

Noah was a Class of 2020 graduate of Haddon Heights High School, where he wrestled for three years.  Noah was also involved in the school bands, Marching Band for one year and Concert Band for four years.  He will be deeply missed by all who knew him.

A Memorial Service for Noah will be held on Saturday, Dec. 4th at 2:30 PM at the Haddon Heights Community Center, 321 Seventh Ave., Haddon Heights, NJ 08035; where his family will greet friends following the service.

In lieu of flowers, donations in memory of Noah may be made to Operation Gratitude (operationgratitude.com) or American Foundation for Suicide Prevention (afsp.org).