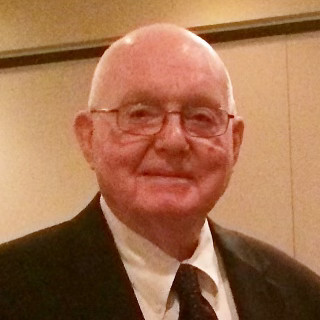 Bill was born and grew up in West Medford, Massachusetts. A graduate of Lowell University, he was a designer and executive in the textile industry for more than 50 years. Bill managed numerous textile mills and created a variety of fabrics from car seats and corduroys to blue jeans. He received many awards for his cutting-edge designs and innovative patterns.

Bill was also a proud member of the U.S. Marine Corps. Throughout his life, he served his community in many different positions. He was a councilman in Yardley, Pennsylvania and a member of the planning committee in Haddonfield, New Jersey.

He was a devoted husband to the late Adele M. (née Battaglini) and a devoted father of the late William Michael Carroll and the late Joseph Thomas Carroll. He was predeceased by his brothers John and Paul Carroll.

Bill is survived by his loving wife, Rita (née Vittese), and her children Stephen Battaglini and Cynthia Battaglini.