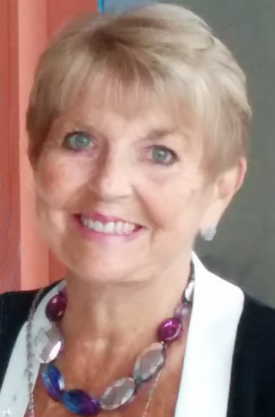 Sandra Patricia Macnamara received “Willy Wonka’s Golden Ticket” to life. She lived life out loud with her trademark, “woo-woo,” along with her cackling laugh and always the quickest of smiles. Fondly known around her family as “The Ox” for her indomitable spirit who rudely refused to submit to the realities of science. She beat the pants off a liver transplant, a bowel resection, a heart attack, lung cancer, skin cancer, and a heart valve replacement.

There are few who receive a second chance; there are none who did more with it.

The world finally ran out of 1942 replacement parts for Sandy’s most recent tune-up and she passed away peacefully at the age of 78 on August 8, 2020. She was a fifty-six year resident of Haddonfield, NJ.

Her “just try” positive attitude she imbued in her children carried her far in life and is the lasting legacy of her life.

For forty-plus years, Sandy helped build a successful law office in Center City Philadelphia with Harry Aaron Rubin where she faithfully rode the high-speed line daily. She retired as a paralegal in 2002 and took great delight in the work she did serving the community.  What Sandy lacked in formal education, she made up for in a drive to learn and a fierce work ethic. A graduate of business school Sandy demonstrated fancy fingerwork and regularly won speed typing competitions in the city.

Sandy grew up as one of twelve (or maybe thirteen) children – it depends on the day and the story she was telling – in and around South Jersey.

She married Jerry Macnamara in 1965. Even though Sandy and Jerry’s relationship took a TV time out for fifteen years, they reunited in 2004 and lived together as loyal companions. During their heyday, they teamed up as formidable bridge players and regular dance contest winners. They regularly ran around town as any good “Frick and Frack” would and playfully bantered (and fought) like they had been together for fifty-five years.

If the sun was shining, Sandy could be found sunbathing in her bikini or with a fishing pole in her hand singing her famous, “Fishy-fish” song.

Her influence over so many more as “Mom Mac” echoed far and wide.

She is also survived by her sisters, Joyce (Allen) and Jill (John) and brother Robert (Linda) and a gaggle of nieces and nephews scattered around the world.

Sandy regularly kept lottery tickets in her magical, “one of everything, but can’t find anything” purse.

She handed them out like candy on Halloween: from the doctors who cared for her to the cashiers at her favorite stores. Giving gifts created immeasurable joy for her.

In lieu of flowers, please buy a scratch-off lottery ticket and give it to someone for no other reason than to simply make their day. Smile and tell them you did it to celebrate Sandy Mac.

There will be a private service for immediate family only. We will hold a Celebration of Life at a future time open to everyone.