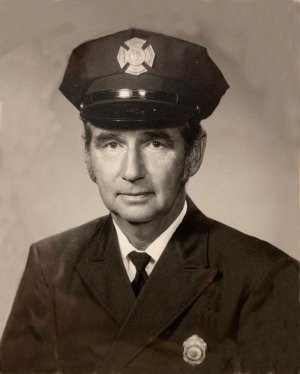 Ralph graduated from HMHS, Brown Prep in Phila., and attended Ursinus College where he played varsity football and basketball.  In 1942 Ralph joined the U.S. Navy and was honorably discharged in 1945.  After the war, he joined his father’s business, Buchanan Electric Company, where he worked for 40 years in Haddonfield and another 10 years in Ocean City.

Ralph helped to organize Little League Baseball and Midget Football in Haddonfield.  He was a 40-year member of the Haddon Fire Company, member of VFW Post #2189, Last Man in the Last Man’s Club and member of the American Legion Post 38.