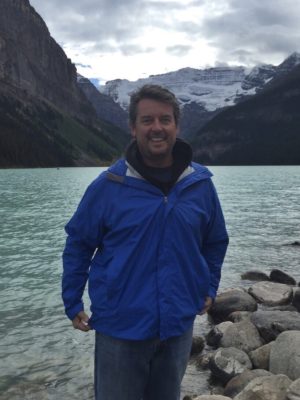 Brian Charles McDonnell, loving husband, father, son, brother and friend passed away at the age of 54 on Wednesday, January 20, 2021 surrounded by his adoring family.

Brian will live on in the hearts of his wife Cynthia (nee Stiner); his children Regan, John and Molly; his parents John and Ann McDonnell; his siblings Maryann Zucker, Katie and Jim Grady, Erin Finnegan, Shaun McDonnell, and his sister-in-law Kim Stiner and Demian Kosofsky; his father-in-law Frank Stiner; and his 10 nieces and nephews: Jake, Megan, Bridget, Bradley, Jack, Mack, Henry, Abigail, Tucker and sweet Rose. Brian is predeceased by his mother-in-law Peg Stiner and his brother-in-law Mike Finnegan.

Brian, also known as “McD”, was born in 1966 in Orange, NJ to John and Ann McDonnell of Lakewood, NJ.  Brian grew up in Maplewood, NJ and attended Delbarton Preparatory High School.  He graduated with a Business degree from Boston College in 1988, where he was a proud member of the Boston College Lacrosse team.

On September 4, 1999, Brian married the love of his life, Cindy Stiner, in an unforgettable ceremony in Killarney, Ireland celebrated by dozens of dear friends and family. They lived in Jersey City and Philadelphia before settling in Haddonfield, NJ; in a neighborhood they lovingly refer to as “The Ridge.” Around the corner, they have enjoyed and created many fond memories with friends at Tavistock Country Club.

Brian, CFA, joined Macquarie Group (formerly Delaware Investments) in 2007, where he ultimately became an Executive Director and Head of US Core Fixed Income.

Brian loved the beach, cheering on his children in sports, traveling with his family, and listening to music. He enjoyed the simple pleasures, such as a good cup of coffee, sitting by a fire, or anything chocolate-peanut-butter flavored. Brian was infamous for his nicknames and expressions. His children “Blue, Bubba, and Bug,” and his “winning” attitude in any situation, were all a part of his motto “Live Well.”

Nothing brought Brian more pride than watching his children any-time, anywhere. Whether it was blasting Dropkick Murphys through the house every Saint Patricks Day, or putting on a pair of goggles to give Regan, John, and Molly a chance to swim race their dad every summer; Brian lived for family time. He said one of his favorite sounds was hearing his children across the room saying “my dad…”

Services for Brian will be private. Those planning an expression of sympathy are asked to consider a contribution to The McDonnell Children College fund https://go.fidelity.com/maafp .