Age 86 of Medford ~ formerly of Haddonfield 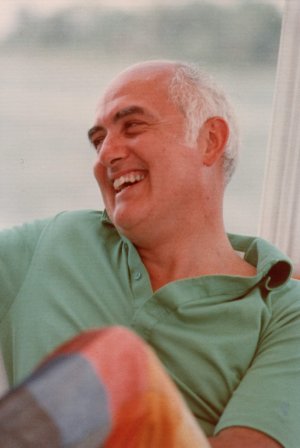 Bob grew up in Haddonfield, and after graduating from Haddonfield Memorial High School went on to earn a degree in economics from Wesleyan University in CT in 1955. After college, Bob spent several years working as a salesman in the Armstrong Cork Company’s New York and Philadelphia offices. During that time, he served two years with the U.S Army in Penns Grove, serving with a guided missile unit and, as he liked to say with a grin, “protecting the citizens of Greater Philadelphia.” It was also during that period that Nancy’s first impression of the “Bad Bobby Bowman” she knew from her childhood began to evolve, and in 1958 they were married.

Several years later Bob joined Jackson Cross Co., a Philadelphia commercial real estate firm, where he remained for 35 years, retiring as Executive Vice President and a principal owner in 1999. During his tenure at Jackson Cross, Bob was involved with the Society of Industrial Realtors (SIR) where he was a driving force behind the expansion of the international trade association’s membership to include professionals who sell and lease office properties. Bob became president of the newly formed Society of Industrial and Office Realtors (SIOR) in the late 1980’s.

During that period, he also witnessed the demolition of several historic buildings in Philadelphia which led him to chair the board of the Philadelphia Historical Preservation Corporation for nearly 10 years, advocating for the protection and improvement of prominent city buildings. He also served as Chairman of The Preservation Alliance for Greater Philadelphia and was responsible for consolidating Philadelphia’s preservation organizations into one meaningful, more powerful group. Bob’s passion for serving the broader community extended beyond real estate. He served for many years on the board of the Sheltered Workshop Services, a job training and placement group for the disabled, as well as on the board of the Central City Development Corporation, a proponent for growth in center city Philadelphia.

Upon retiring, Bob became more active at the First Presbyterian Church in Haddonfield and helped establish their Senior Ministry program. Bob touched many people over the course of his life, not only through his work to help the broader community but most importantly through his steadfast faith and the genuine love and care he showed to those around him every day. His smile, his laugh, his awesome sense of humor – all grounded in his faith and love for his family and those around him – will be missed dearly by all.

Relatives and friends are invited to a memorial service for Bob at the First Presbyterian Church in Haddonfield on Saturday, November 2nd at 1 pm with reception to follow at the church. In lieu of flowers, the family requests donations be made to Medford Leas Residents Assistance Fund, One Medford Way, Medford NJ 08055.