Age 91 of Brandywine in Moorestown ~ Formerly of Haddonfield 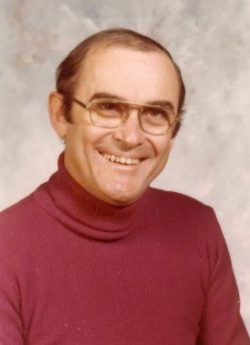 Dick grew up in Collingswood NJ, graduated from Camden Catholic H.S., served in the Army, and then went to LaSalle College on the GI Bill, graduating in 1957. He then went into education, teaching math at Pyne Point Middle School in Camden, and then as a guidance counselor at Hatch Middle School in Camden for almost 30 years. He was a strong believer in public schools, and he loved working with the students at Hatch.

Dick also loved all sports, most of all the Phillies, LaSalle basketball and Notre Dame football. It was love-hate with the Phils, he survived the 1964 collapse and “Black Friday” in 1977, and then 1980 made it all worthwhile. Even now, he is likely amused that the 2020 Phils are still undefeated and tied for first. But most of all, Dick loved his kids’ sports, he rarely missed a game or swim meet.

Dick also loved family vacations, driving his family to Florida in his ’62 Ford Falcon. He also loved the beach in Atlantic City, and later on with the Lauers in Fire Island. He loved getting his family up at 6 a.m. to ride bikes on the boardwalk in A.C.

Dick was actively involved in Haddonfield, volunteering with Town watch, Interfaith Caregivers and Little League as a coach and umpire. He also enjoyed his days with the 65 Club.

Dick also loved his Wawa ham hoagies (extra oil, extra onions), along with Schmidt’s beer back in the day, then Genesee Cream Ale, and later in life, a glass or two of Merlot.

Dick was an avid follower of politics. He would not want his passing to count toward anyone’s “badge of honor”.

Dick was a great and loyal son, brother, father, and grandfather. He will be missed.

There will be a Memorial Mass for Dick at Christ the King RC Church at a future date. Meanwhile, memorial donations may be made to Haddonfield Interfaith Caregivers.