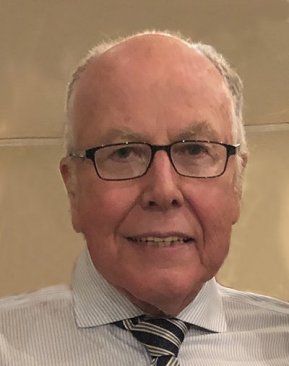 Age 78, passed on from this life following a courageous fight with myelodysplastic syndromes (MDS) on February 25, 2021. Beloved husband of Carol (nee Reeves). Loving father of Christine, Michael Jr. (Jennifer), Kevin, Brian, and Alison Murphy (Terry). Devoted grandfather of 7. Dear brother of Marita (Bob) Hill. Also survived by his Reeves in-laws and many nieces and nephews. He was predeceased by his brothers Jack (Maryann) and Larry (Ronnie). Dr. Harkins graduated from St. Joseph’s Prep, St. Joseph’s College, and Temple University School of Medicine. He practiced Cardiology at Our Lady of Lourdes (now Virtua) in Camden, NJ from 1976 until he retired in 2019, where he was a former Director of the Cardiac Catheterization Lab and a President of the Hospital Staff. Dr. Harkins performed the first catheter enzyme drip procedure in South Jersey in 1981 that opened a blockage in the heart of a patient amid a heart attack. Mike was a team player, a leader, and was the first to volunteer to step in. He valued his experiences with his patients, his colleagues, office staff, nursing staff and techs, transport staff, kitchen and janitorial staff – it was important to him to make a connection with all.

Mike had a strong love of life, learning, and helping others. He had many memorable trips and voyages with his wife and family, yet there were many places he was looking forward to experiencing. He followed his advice to his patients by avidly watching his diet and exercising. He was seen regularly running and walking with his Golden Retrievers through Haddonfield and surrounding streets, rain or shine, sleet or snow. Mike loved doing projects involving his hands. He once removed all the bricks and mortar on a 2.5 car garage so the wood frame would be light enough to be moved, then became a bricklayer and put all the bricks back.

His family will fondly remember his work ethic, sense of humor, and generosity. He had an incredible hunger for knowledge that enabled him to have a conversation with virtually anyone about any topic, and a keen interest in political debate. He found and developed a passion for cooking for Carol later in life. He imbued in all his family a passion for shared experiences, rather than material possessions. Most of all, his family will cherish his love for his family, friends, colleagues, and patients.

A socially distanced viewing for friends and extended family will be held at Kain Murphy Funeral Services, 15 West End Avenue, Haddonfield, on Monday March 1st from 6pm-8pm. A private family service will be held another day. A Celebration of Life will be planned later this year. In lieu of flowers, the family requests memorial donations to St. Joseph’s Preparatory School, 1733 W Girard Ave, Philadelphia, PA 19130; or The Leukemia Lymphoma Foundation, MD Anderson Cooper.