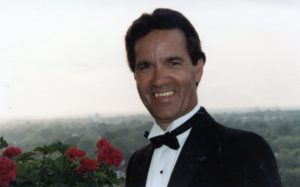 Jesse proudly served in the US Army 1961-64 in Germany, with the United States Military Liaison Mission in Potsdam, and continued as a reservist through 1967.  After returning home from the military, Jesse joined the family business, Erwin Assoc. Engineering Co.  He worked as a surveyor and soon became owner.  Jesse was a 52-year member of the Burlington Country Club where he met and formed lasting friendships.  Jesse will be missed by all who knew him.

All are invited to Jesse’s Graveside Service on Thursday, January 13, 2022, at 11:00 AM at Brig. Gen. William C.Doyle Veterans Memorial Cemetery, Wrightstown, NJ.  Those planning to attend must arrive no later than 10:45 AM, the service will start promptly at 11:00 AM.  In lieu of flowers, donations in memory of Jesse may be made to Delaware Valley Bichon Rescue, PO Box 2411, Cinnaminson, NJ 08077.