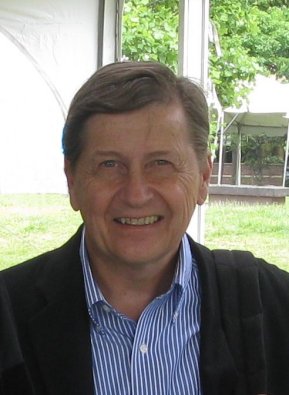 Jim used his love of science, his fascination with medical and drug research, and his knowledge of the law in his long patent law career.  After working at a New York City patent law firm and being partner at a Westfield, NJ patent firm, he joined the Schering-Plough Corporation, now part of Merck & Co., as group patent counsel in 1985.  He retired from Schering 20 years later as staff vice president and chief patent counsel.

Jim’s family will receive friends on Saturday, April 17th, 9:30-10:15 am at the Lutheran Church of Our Savior, Wood Lane & Wayne Ave., Haddonfield, NJ; where his Service will follow at 10:30 AM.  Folks are also welcome to attend virtually via the Lutheran Church of Our Savior’s Facebook page (www.facebook.com/oursaviorhaddonfield)   Interment, private.  In lieu of flowers, friends and family are invited to honor Jim’s memory with gifts to further lung transplant research.  Checks can be made out to Columbia University – Lung Transplant Program, with a note that the gift is made in memory of Jim Nelson.  Please send checks to the attention of Jamie Montgomery, Columbia University Irving Medical Center, Office of Development, 516 W. 168th Street, Floor 3, New York, NY 10032.