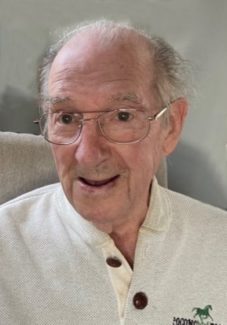 Hubert graduated from West Catholic HS and was a proud Alumnus of St. Joseph’s Univ., Class of ’57.  He honorably served in the US Air Force & Reserves for over 30 years and achieved the rank of Colonel.  He enjoyed golfing, was an avid fan of the Phillies and Notre Dame Football.  However, his most cherished times were those spent with his grandchildren whom he adored.

Family and friends are invited to Hubert’s Viewing, Wed., May 25th, 10-10:45 AM, at Kain-Murphy Funeral Services, 15 West End Ave., Haddonfield; where his Catholic Prayer Service will follow at 11 AM.  Interment, private.