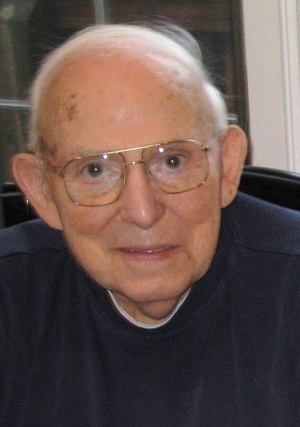 Born and raised in E. Lansdowne, PA, Donald served in the Army/Air Force.  In 1956, he and his wife moved to Springfield, PA, where they resided until moving to Collingswood, NJ in 2010.  Donald worked for several auto dealerships as a parts manager but primarily worked as a foreman for Abbotts Dairies.  After retiring, he became an avid gardener.  He enjoyed traveling and he became active in local politics, volunteering as a committeeman.  His greatest joy was spending time with his wife, children, and grandchildren.

Donald’s family will greet friends on Thursday, Oct. 17, 2019, 3:00-3:45 PM at Kain-Murphy Funeral Services, 15 West End Ave., Haddonfield, NJ; where his Funeral Service will follow at 4:00 PM.  Interment Private.  In lieu of flowers, donations may be made to “The United Methodist Communities Foundation,” at 3311 State Route 33, Neptune, NJ 07753 (and please note “in memory of Donald H. Gosnay” in the memo line of your check).