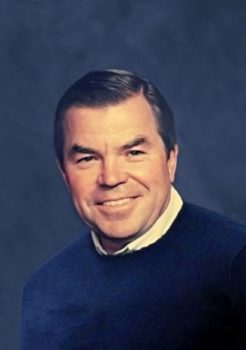 Carl E. Nieukirk of Marlton, NJ passed away on January 16, 2023, at the age of 88.  Carl is survived by his wife of 66 years, Elaine, and daughters Sharon (Ted DeWitt) Nieukirk, Barbara (John) Watkin, Carol Nieukirk, and grandchildren John Watkin, Benjamin Watkin, and Natalie DeWitt.

Carl grew up on a farm in Greenwich, NJ then began his career with Sun Oil Company training new managers.  In 1957 he moved to Haddonfield and opened Carl’s Sunoco, the longest continually operating service station in town.  He was a resident of Haddonfield for more than 40 years where he raised his family, was an active member of the First Baptist Church, and president two different times of the Haddonfield Lions Club. In his retirement, Carl enjoyed golf, travel, and spending winters on the gulf coast of Florida. He loved his family, Haddonfield, and sports, especially all the Philadelphia teams.

Carl’s family will receive friends on Saturday, January 28th from 10-11:30 am at the First Baptist Church of Haddonfield, 124 Kings Highway East Haddonfield, NJ 08033; where a Lions Club service will occur at 11:45 am, and the religious services will follow. Interment, Baptist Cemetery, Haddonfield, NJ. In lieu of flowers, charitable donations in Carl’s name may be made to the First Baptist Church of Haddonfield at the above address. In the memo line, write “Cemetery” or “Church” depending on where you would like your contribution directed.